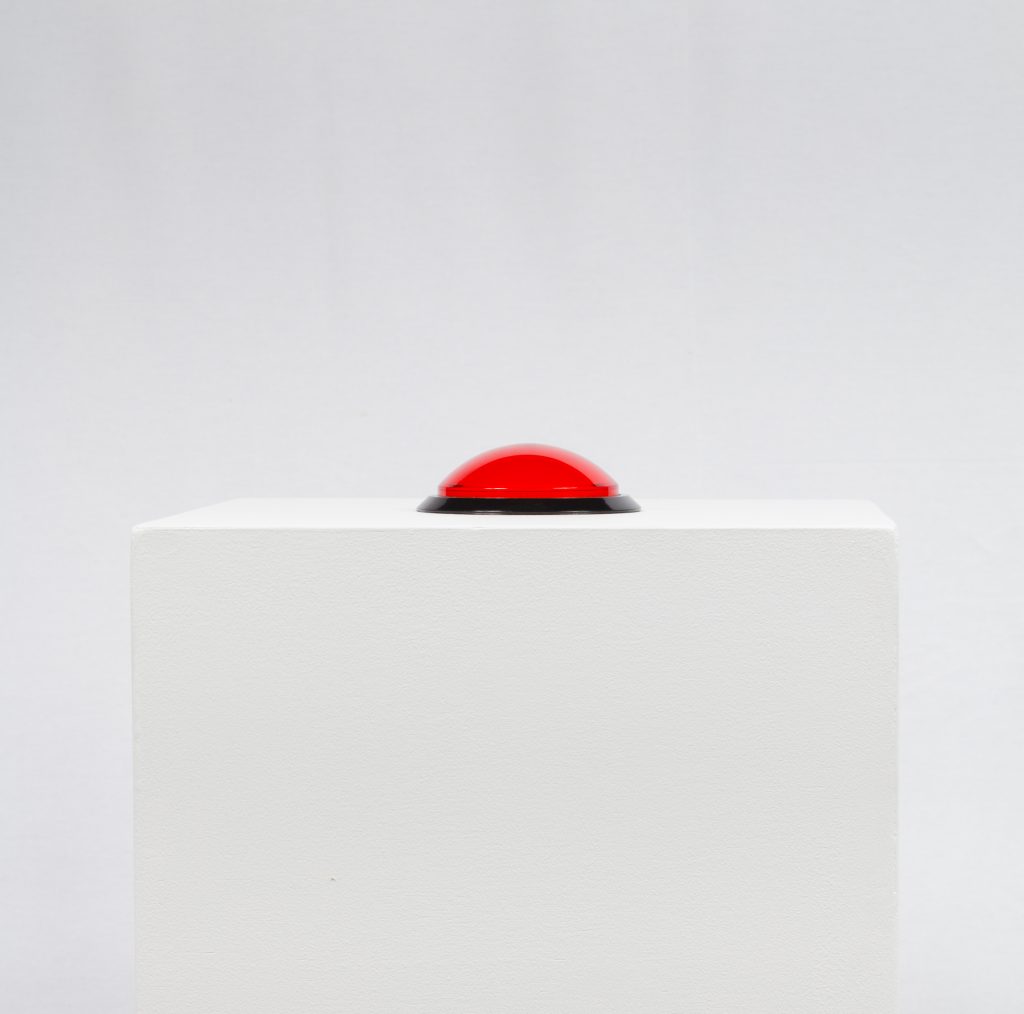 If the phrase “fake news” is so versatile it can be used by The President of the United States, The New York Times and flat earth proponents alike, does it mean anything at all?

#FakeNewsBot is an artificial intelligence that emits tweets calling out fakeness everywhere it can be found. Every time its flashing red button is pressed, the bot generates and tweets up to 140 characters of automated invective. Reflecting a media landscape increasingly dominated by algorithms, where language is weaponized by trolls, elites, and radicals alike, the bot is an outlet for helplessness and anger. Trained on a corpus of tweets with the hashtag #fake, it imitates human discourse, compressing a vast amount of conversation into discrete, pithy provocations

#FakeNewsBot imagines a future where public discourse is no longer a function of argument as such — where all rhetoric is reduced to volume. At the same time, it suggests effective resistance tactics against trolls, whose main resources are time and anonymity. Machines have these qualities in droves.