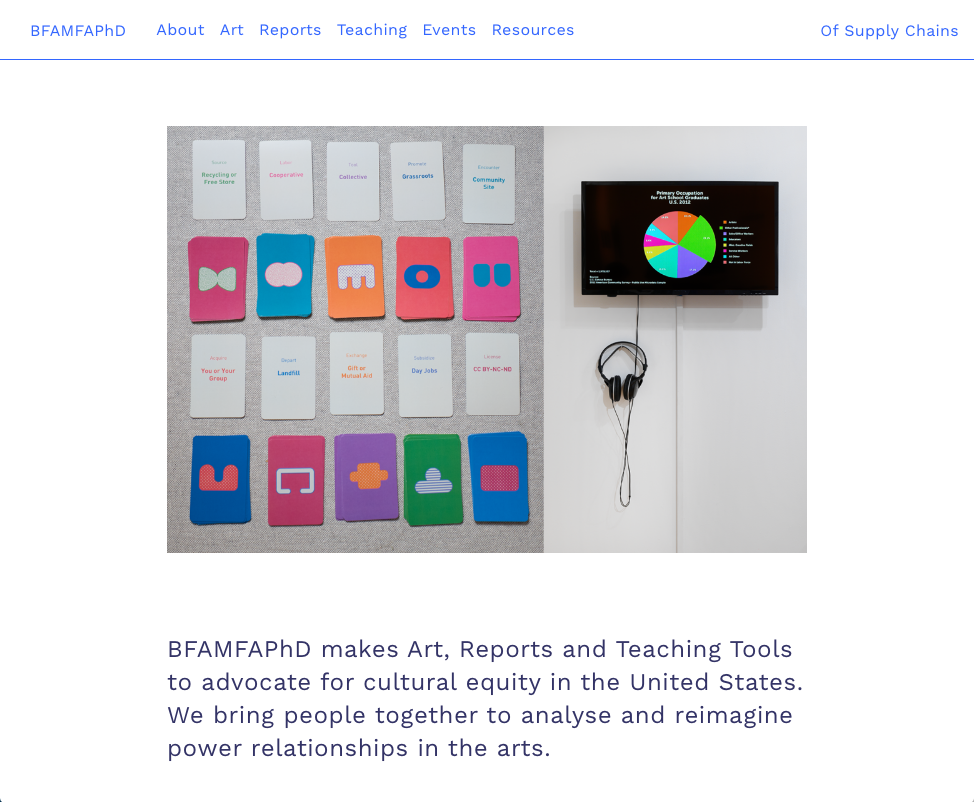 BFAMFAPHD.com is an interactive website, an installation, and a community of thinkers that wonder: How might we mobilize artists in the United States? According to the census, there are more artists than police officers, lawyers, or doctors in the United States. Reporting on the census in 2008, The New York Times noticed that “if all artists in America’s workforce banded together, their ranks would be double the size of the United States Army.” How many of us are there, and what might we do together? BFAMFAPHD.com visualizes the number of students graduating with creative degrees, generates dialog about our collective power, and elicits proposals for organizing efforts.

In November 2013 Caroline Woolard reached out to me for help with a project about debt in higher education and the arts. That project became BFAMFAPhD, and since then I’ve continued to serve as a contributor and lead developer for the group. In August 2016 we released a completely overhauled site which will grow to include Of Supply Chains, an interactive teaching tool about the lifecycles of artworks.