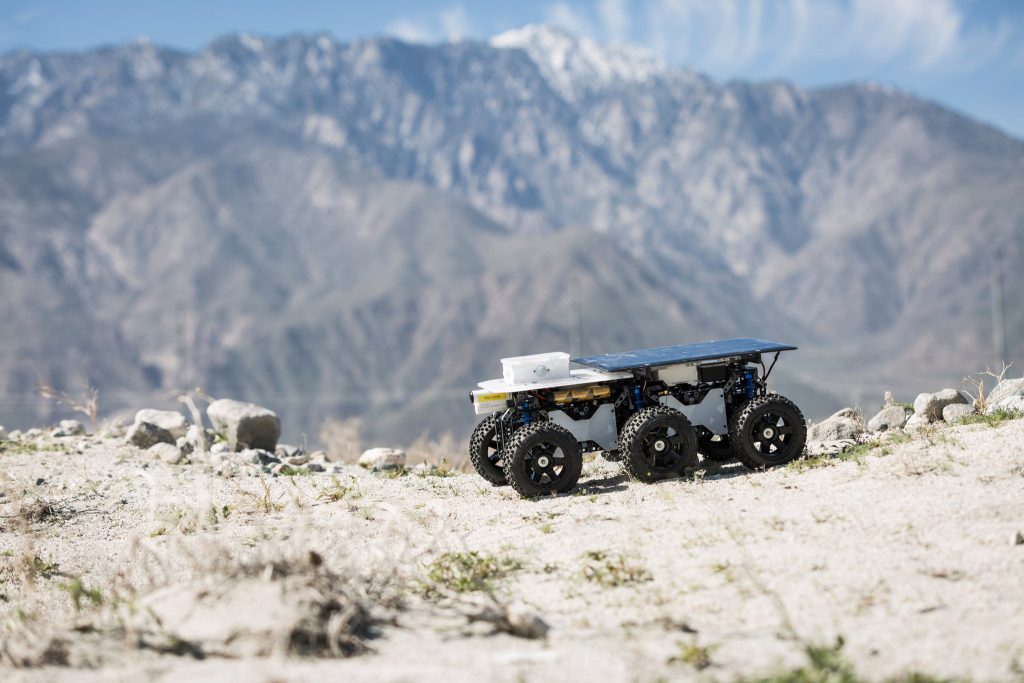 ShyBot is a desert-dwelling autonomous robot designed to avoid all contact with humans. Produced in collaboration with CODAME Art+Tech as Norma Jeane for the Desert X Biennial, this endearing bot was designed to endure harsh wilderness conditions and make navigational decisions based input from a variety of on-board sensors. When ShyBot detects the presence of moving, heat-emitting objects (i.e.: humans), it turns around and runs in the opposite direction. During its tragically-shortened life, the bot used onboard telematics to report its location and sensory inputs live to a control center at The Lab in San Francisco.

I constructed the robot using a variety of custom and prefabricated parts, including R/C mechanics and an Arduino microcontroller, and wrote the embedded code to control its behavior.

Read about ShyBot in the New York Times.