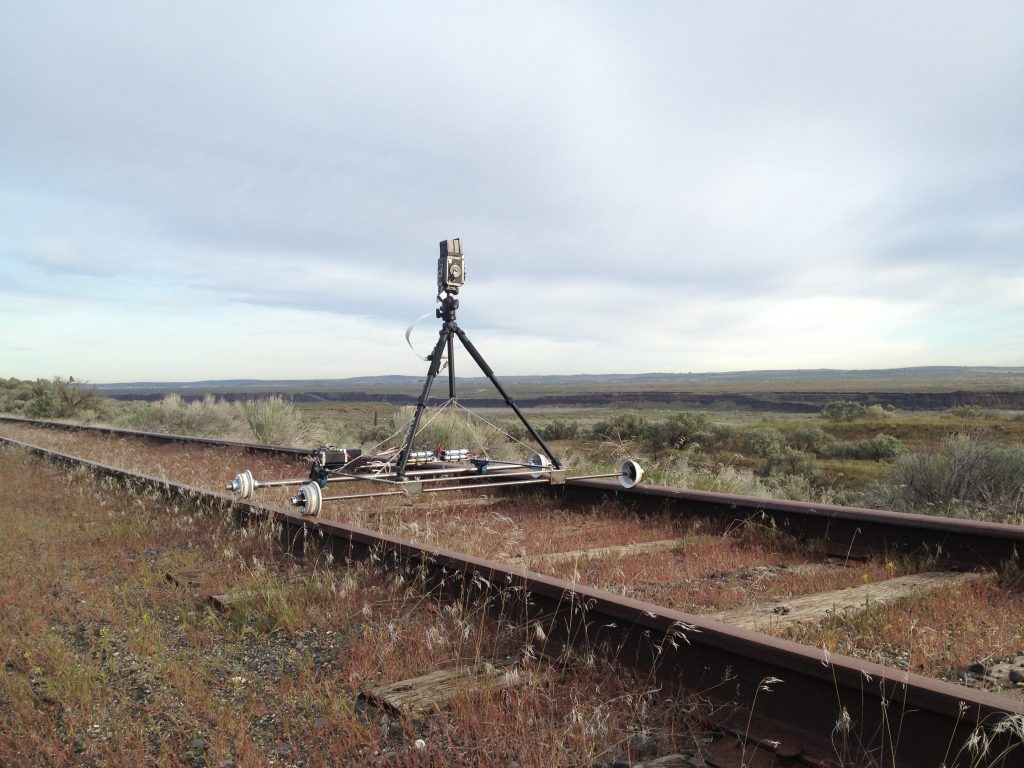 Thousand Yard Stare is a series of panoramic photographs made with a custom robotic camera. A slit-scan process was used to capture photographs of unlimited length. Rather than making momentary snapshots, the camera captures a narrow vertical section of its field of view, several times a second while moving along a track. The resulting photographs do not represent distance by shrinking faraway objects; instead, far away objects are distorted horizontally.

To facilitate the printing and viewing of these photographs, a printer was placed on a mobile platform which allowed it to move back and forth across the gallery floor, folding the image on top of itself as printing progressed. The finished prints total approximately 300 feet (90m) in length and took a month to print.

This work was realized through the use of dismantled scanner hardware, medium format film camera optics, and a purpose-built robotic steel platform. It makes use of a Raspberry Pi computer running code written in C and Python, as well as a suite of desktop applications written in Processing.