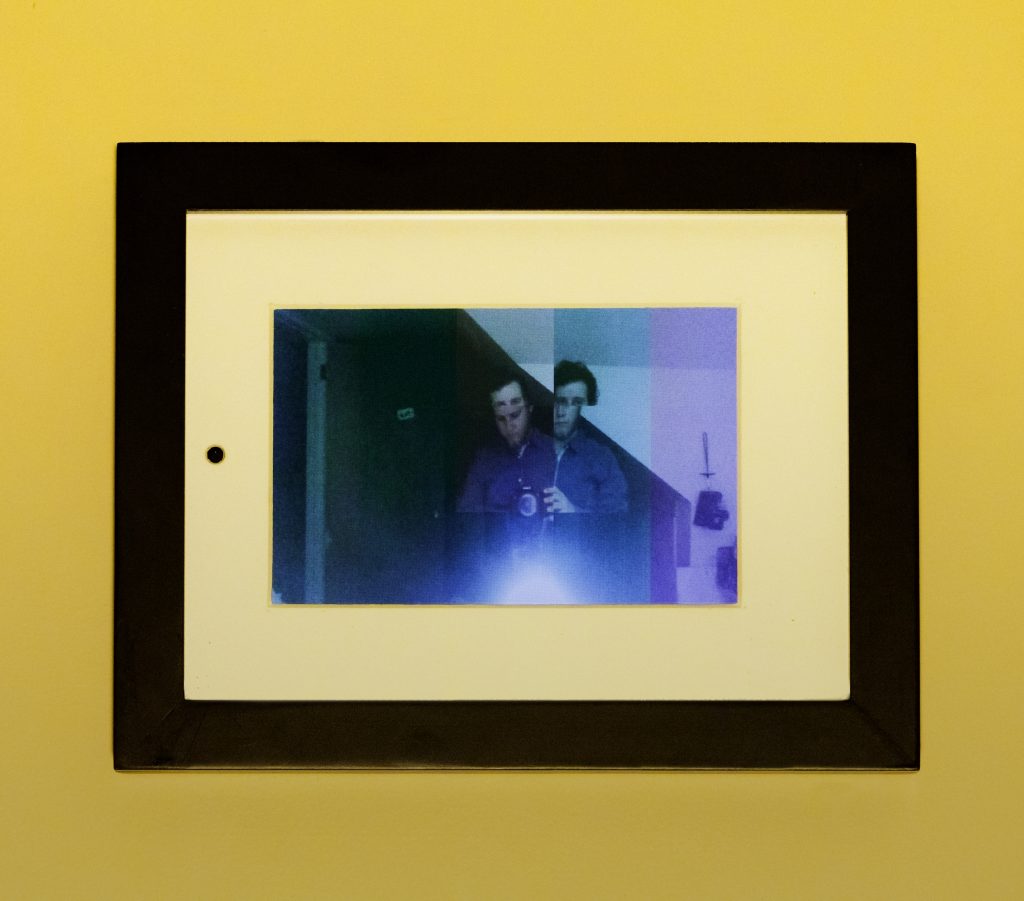 Vidgrid is an interactive video-based artwork built with Processing. It divides the frame of a live video feed into a series of smaller frames which update at irregular intervals with random colors superimposed.

Vidgrid was originally shown as an installation at Whitman College in October 2010. It has now been ported to run on a 7″ Android tablet matted in a picture frame.