WestBook is a personalized, algorithmically-generated newspaper based on the recipient’s Facebook news feed. The intervention was originally staged at World Wide West 2017, where individualized daily newspapers were printed for 20 participants. In this rural, nearly off-the-grid environment, participants were encouraged to leave their phones off and consult WestBook as their primary news source.

Using the anachronistic format of the newspaper to critique the consumption and production of online media, the prints juxtapose personal content, event announcements, advertisements and stories from establishment news outlets. In lending the authority of print media to ephemeral social media, WestBook considers the social ramifications of relying on targeted feed-based news sources. 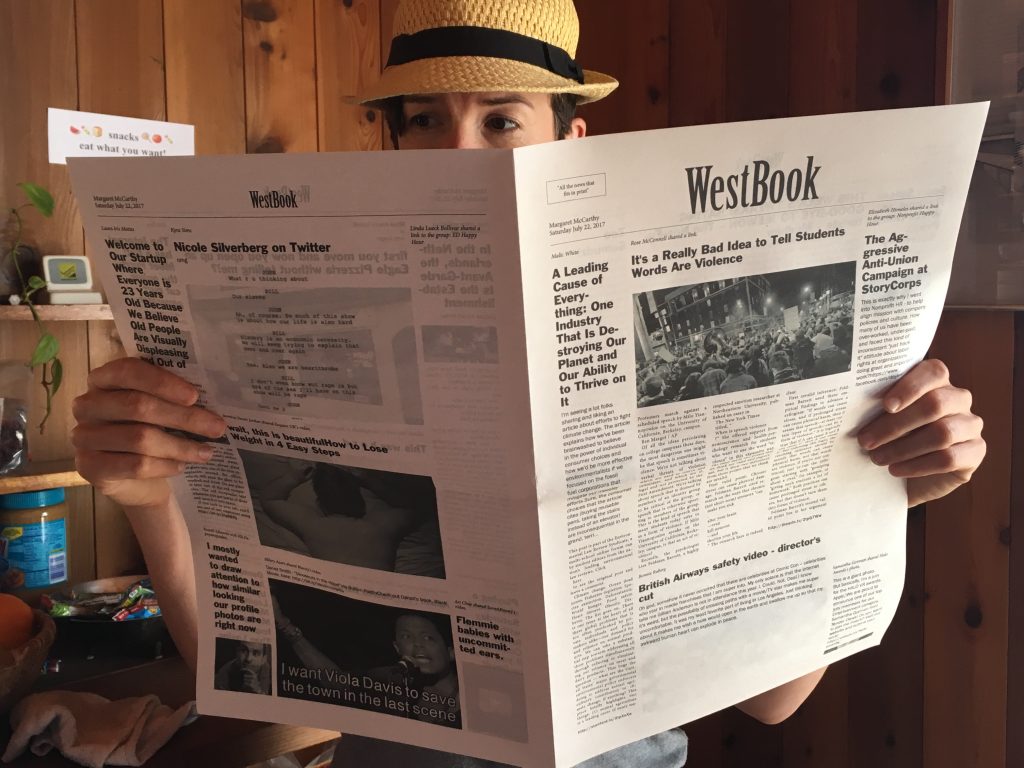